With over 50 years in the needle trades (mostly with Singer and NPS) as a sewing technician and various other roles in the industry including store owner, consultant to both private industries as well as manufacturers like Reece, Galkin Automatic Products, Camtronics, Leggett and Platt and Simmons Mattress Company and many others, one of the things that has always bothered me is that for those that wanted to learn to repair their own machines or just understand how they worked better little to no information was to be had.

Today with the advent of the internet and many of you that have the collecting bug for VSM’s and those who are DIYer’s who have made a second career as a technician things have become much easier and the dissemination of once closely guarded technical manuals are becoming a lot easier to find.

Because of my background and having been in the industry for so long I have acquired a very large collection of technical and user manuals for many brands in various formats and with the help of friends have greatly added to that collection.

In the early part of 2020 I began the Sewing Machine Resource Group (SMRG) on Facebook and since then have met a lot of wonderful people and I have to admit that the sewing machine community is a very diverse and overall helpful group of people.

Since that time though FB has been making lots of layout changes and has severely limited it’s size of uploads to group files and learning units. After consulting with several members and spending hours uploading over 1000 files to SMRG it has become apparent that at some point FB may well phase out the group file feature of perhaps become like it’s predecessor MySpace and delete groups altogether and in that even all of that time would be wasted.

That is the reason that I started S-ish.com as a long term repository for these files. Hopefully you all will find them as useful as I have and become a member here. You can view the PDFs in the thread to make it easier than on FB and also download them as you wish. I have put a lot of effort in making this as searchable as possible but if you have issues see the How to use S-ish.com page from the main menu for help.

Thank you all for visiting and I hope you find us a good resource.

3 thoughts on “About Us” 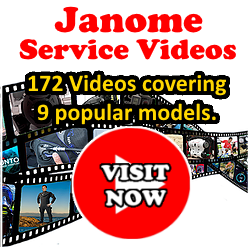